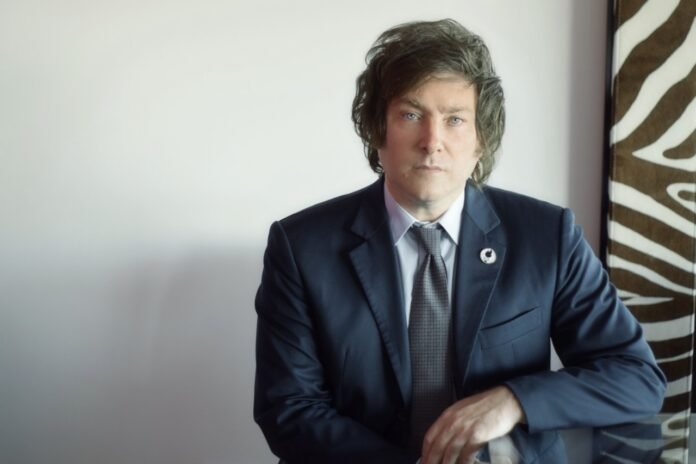 After the debate on the candidates for national deputies for the City of Buenos Aires, Javier Milei, from La Libertad Avanza, said that “two competing models faced each other.”

“On the one hand, the collectivist model with a Castro-Chavista ending. The supersonic speed model embodied by Bregman. The F1 is represented by Santoro who defends the “two lost decades”: Alfonsín’s 80’s and 2011’s onwards. And the snail version model with Vidal’s very good manners. On the other hand, I came to represent the model of liberalism, based on unrestricted respect for the life project of others “.

At the beginning of his presentation, the economist said that “I shout a lot because I am tired of the political caste. Yes, I am dangerous. I am dangerous for the political caste, which day by day is stealing our future. If we continue like this in 50 years we are going to be the largest slum in the world. They say that a single person screaming cannot change anything. I leave you a phrase from San Martín: ‘A single person screaming makes much louder than 100,000 silent ones’ “.

During the debate, in which María Eugenia Vidal, Leandro Santoro and Myriam Bregman also participated, the La Libertad Avanza candidate declared: “The Republic is broken. The Republic is finished. The origin of the Republic has to do with the figure of the monarch who is the President. But the monarch can become a tyrant. Democracy can lead to oligarchy. And we have the Justice that has to be in charge of controlling the other powers. What is the state for? To take care of life, property. But aren’t we in a failed state where the Minister of Security uses private information to persecute opponents? The Republic is lost because Justice does not act because the Executive Power is tyrannical ”.

“When you cross the indices of economic freedom and transparency, the more liberal, the less corrupt the countries are. Argentina is halfway down the table,” he continued. “In Alberdi’s Constitution, there was no co-participation, an unfair idea of social justice. The City is the most grossly harmed. Kirchnerism took away the City and exacerbated the injustice of the porteños to finance the fiefdoms. I will go against the system same of co-participation “.

During the topic related to security, Milei said that “in the United States, the free carrying of weapons was studied. Where there can use it, crime is low due to costs.”

The model of the breed

“I want to talk about the model of the caste, because all my opponents in one way or another adhere to a caste that generates explosive public spending, and of course, that must be financed. They kill us with taxes, drown companies and kill its growth. Argentina started the 20th century at the same level as Australia, but today it has a GDP per capita that is 25% to the official dollar, and 12.55 to the parallel “.

“In the first stage of the pandemic, when there were no vaccines, massive tests had to be carried out, but this Government, in order not to stop stealing, decided to condemn thousands of Argentines to death.”

“If Argentina had done things as a mediocre country, there would have been 25 thousand deaths. They did not test to still being thieves and for doing business with vaccines.”

“The Buenos Aires government was complicit in the cave-dwelling quarantine. The numbers were poorly analyzed. Argentina was the worst country in managing the pandemic ‘and they raised their political salaries.”